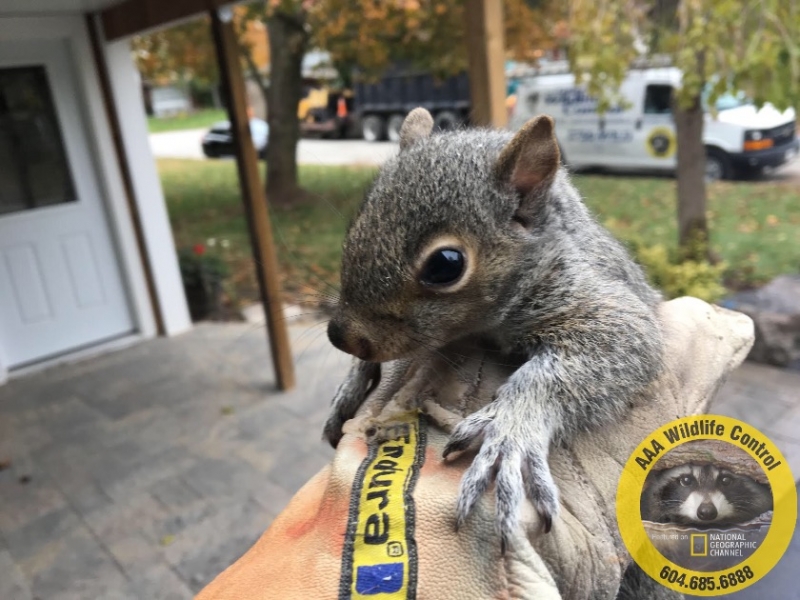 Everything You Wanted To Know About Squirrels

Two species of squirrel found on the West Coast are the native Douglas Squirrel (or Red Squirrel family) and the Eastern Grey Squirrel. The grey squirrel is the most common of the two species found locally in the Lower Mainland. The grey squirrel is originally from eastern North America and was introduced into Stanley Park in 1912. The grey squirrel population remained relatively contained until the late 1980's. That is when they spread like wildfire throughout the entire Lower Mainland into the Fraser Valley due to trapping and relocation practices of many homeowners and pest control companies. The following are some more squirrel facts for Vancouver homeowners:

Urban: Although the grey squirrel is found in parks and woodland areas, they adapt quite easily to urban environments, taking up residence in and around buildings. They become very accustomed to utilizing attics and chimneys for nesting sites.

When Do Squirrels Mate?

Twice per year: Female squirrels can mate only twice a year, but males can mate at any time. Often, several males will attempt to mate with the same female. They try to attract her attention by slapping the bark of trees with their paws and chattering loudly. After the mating the males play no part in the rearing of the young. Birth occurs six weeks after mating.

When Do Squirrels Have Babies?

Squirrels have two breeding periods per year, one in mid-summer and another in early spring. In the Vancouver and lower mainland BC area, young are usually born between March and April, with a second litter arriving around July or August. 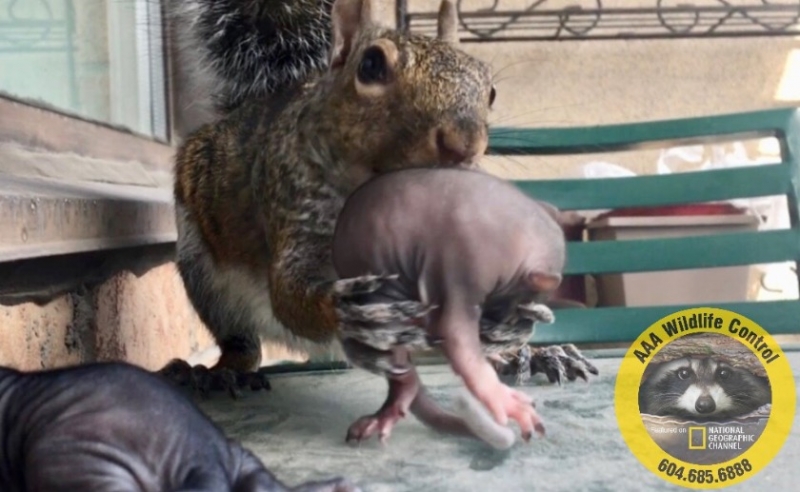 Rearing: The naked, blind and deaf young are fed every two to four hours for several weeks. At seven - eight weeks, they start to follow their mother around within the den site. The young squirrels gradually begin to eat solid food and are weaned at ten - eleven weeks of age. A month later, they start to leave the den. If there are not too many squirrels in the area, the young will build nests nearby. Otherwise, they will be chased away to less crowded feeding areas. Typically some of the squirrels will remain actively using the birthing den.

Sexual maturity: Squirrels are sexually mature and able to reproduce at 11 months.

Frequency: The Grey Squirrel feeds every day, even in the winter. It does not hibernate and is unable to conserve enough energy to survive for long periods without food.

Time of day: It is most active at dawn and dusk, when it searches for whatever fruits, shoots, and seeds that are in season. Small thumbs on it's front paws allow it to hold food securely as it feeds.

Diet: The squirrel's diet varies according to season. It eats mainly tree bark and fungi in the winter and buds in the summer. In September it eats nuts and acorns. A hungry grey squirrel will also raid a bird's nest for eggs, steal food from bird feeders and dig up plants. In urban environments the grey squirrels also come across free handouts from people (namely peanuts in the shell). The squirrel buries extra food just below the soils surface, which it later locates by smell.