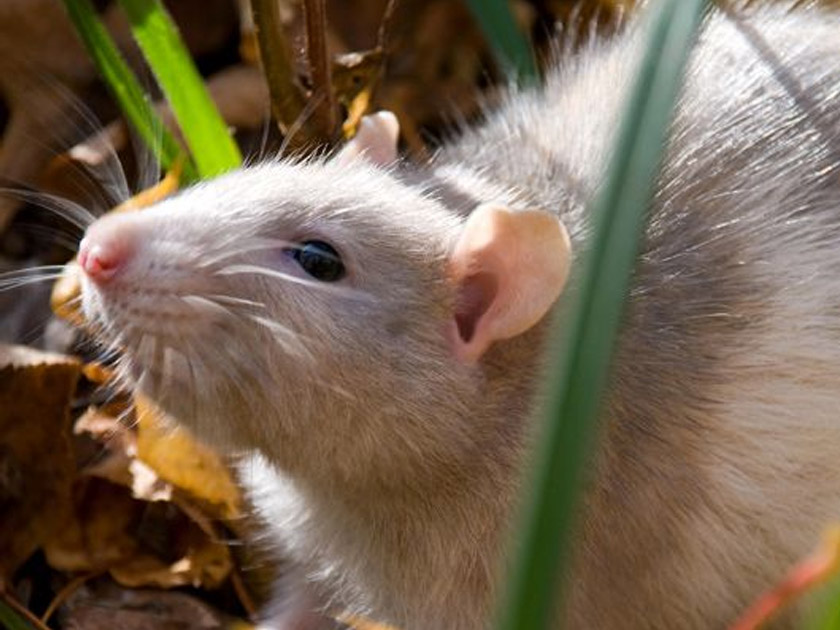 A variety of rat problems can occur when they decide to nest within a residential or commercial structure. Some of these rat problems are easily remedied while others can have very negative impacts on both the buildings and the people that inhabit them. The following are some common rat problems and some warning signs for you to look out for:

Rats cause the most amount of damage to structures in their natural ability to travel throughout the building. The most common residential rat is the roof rat and they will enter anywhere they can find or make access. Once inside the structure will commonly explore the wall cavities from the basement or crawlspace level up to the attic or from the attic level down to the lower levels. In their travels they will cause damage from their constant gnawing nature as well as contamination from urine and feces.

Structural: As they climb around the walls and ceiling spaces in homes, they will gnaw through finishing materials, drywall and support beams.

Insulation: During the creation of nests but even more so by their internal travels through the walls and ceiling spaces rats can cause extensive contamination and destruction to attic, wall and crawlspace insulation.

Electrical: Rats are able to bite through anything that is softer than their teeth which includes electrical, internet, cable, alarm and telephone wires. Most concerning is when they chew through electrical wires. Exposed electrical wires can easily cause building materials to catch on fire. Obviously, property damage is of concern but even more so is the risk to the lives of the people occupying the building.

Plumbing: The frequent use of plastic water pipes in homes has meant an increase in flooding due to rats chewing through pipes.

Fire: Although already mentioned above, the risk of fire is so real that we feel it vital to mention it twice. Building materials are dry and in close contact with wiring, which means chewed wires can easily start a fire.

Feces: Urine and feces can cause contamination and odors to build up within the structure of the building. An increased risk with rat infestations is the ability to access the inside living space (ie:basements, storage rooms, and even kitchens) where their accumulation of urine and feces directly impacts human health.

Rabies: Although uncommon carriers, any mammal can carry the Rabies virus. So never try to corner or pick up an adult rat. Although usually frightened of people, a rat can be quite aggressive if it perceives danger. Rats are very swift and can move or attack quickly if threatened.

Human diseases: Rats have been known to transmit a number of diseases to humans including the plague that killed millions in the 14th century. Other diseases transmitted by rats include murine typhus fever, rat bite fever, salmonella (a form of bacterial food poisoning), leptospirosis, trichinosis.

Domestic animal diseases: Rats can also transmit additional bacterial and viral diseases such as tuberculosis and foot-and-mouth disease to pets and domesticated animals.