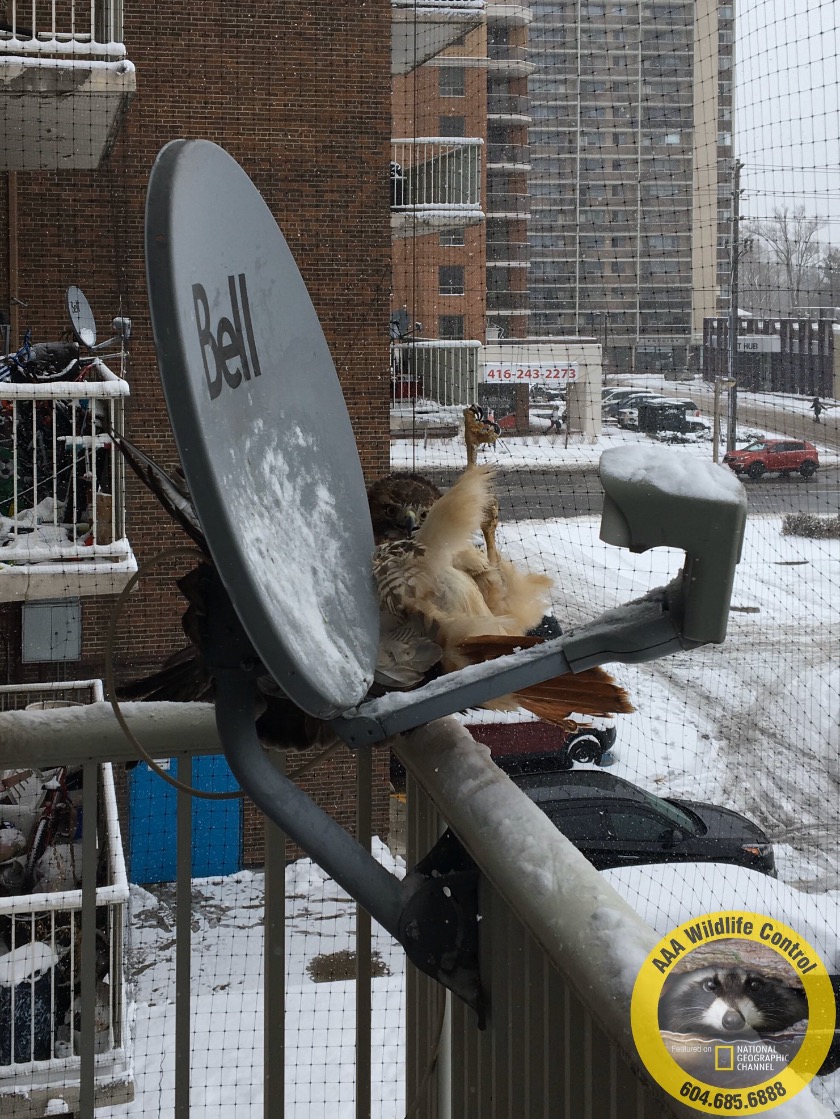 Our Franchisor, Gates Wildlife, recieved a call regarding a Red Tailed Hawk that was caught in bird netting meant to keep pigeons from nesting on a balcony.

A concerned tenant had noticed the bird hanging in the netting and called their office immediately. Gates technician was able to untangle the hawk from the netting, while inspecting to see if he was injured. Thankfully, this Red Tailed Hawk was unharmed and was released onsite.

It is likely that this hawk was chasing after a pigeon and ended up getting caught in the netting on the balcony in the process.

We are extremely happy to announce a happy ending to this emergency rescue!