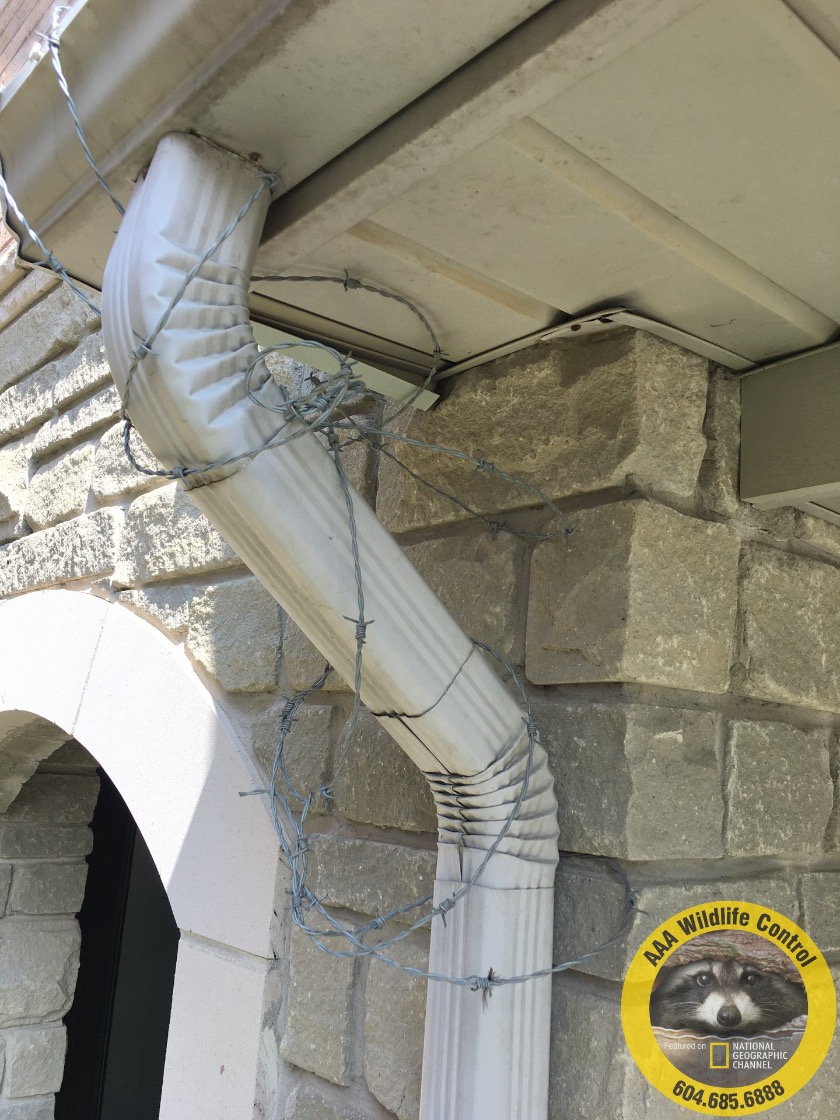 Over the years, we have come across many homeowners that take solving wildlife problems, into their own hands. Most DIY attempts have to do with keeping the animals from getting on the roof rather than addressing the problem properly.

In one instance I witnessed where a homeowner experiencing a raccoon problem in their attic spend a few thousand dollars cutting down fifty year old trees around their house. This was done in an attempt to prevent a raccoon from climbing up the trees, onto the roof and into the attic. The next morning the mother raccoon was seen climbing up the brick wall to get back to her newborn babies.

More barbaric DIY attempts include placing boards with nails, spikes and even barb wire (see picture) on the paths traveled by wildlife. On many occasions these inhumane methods are used during the spring months when the adult mother, come hell or high water, will endure anything to return to her young. Proof of the animals’ injuries is sometimes evident in the traces of blood on the roof.

In another situation, a science teacher took a 22 caliber rifle and shot a dozen holes into the ceiling of his house trying to hit the raccoon. Fortunately for the raccoon he was a bad shot. With twelve holes in his roof he ended up calling us the next time it rained.

While I do understand how wildlife intrusions present homeowners with anxiety, sleep deprivation, health and safety concerns and repairs, it does not warrant being inhumane. It is not the animals’ intent to be destructive or harmful.

Simply put, the sensible way to deal with an unwanted wildlife tenant is to get them out and keep them out. Without removing the animals first and then securing how they got is nothing more than a band-aid approach to wildlife control. Of course, release on-site, keeping the family unit together and animal proofing are all components of a scientifically sound humane approach to solving wildlife intrusions.