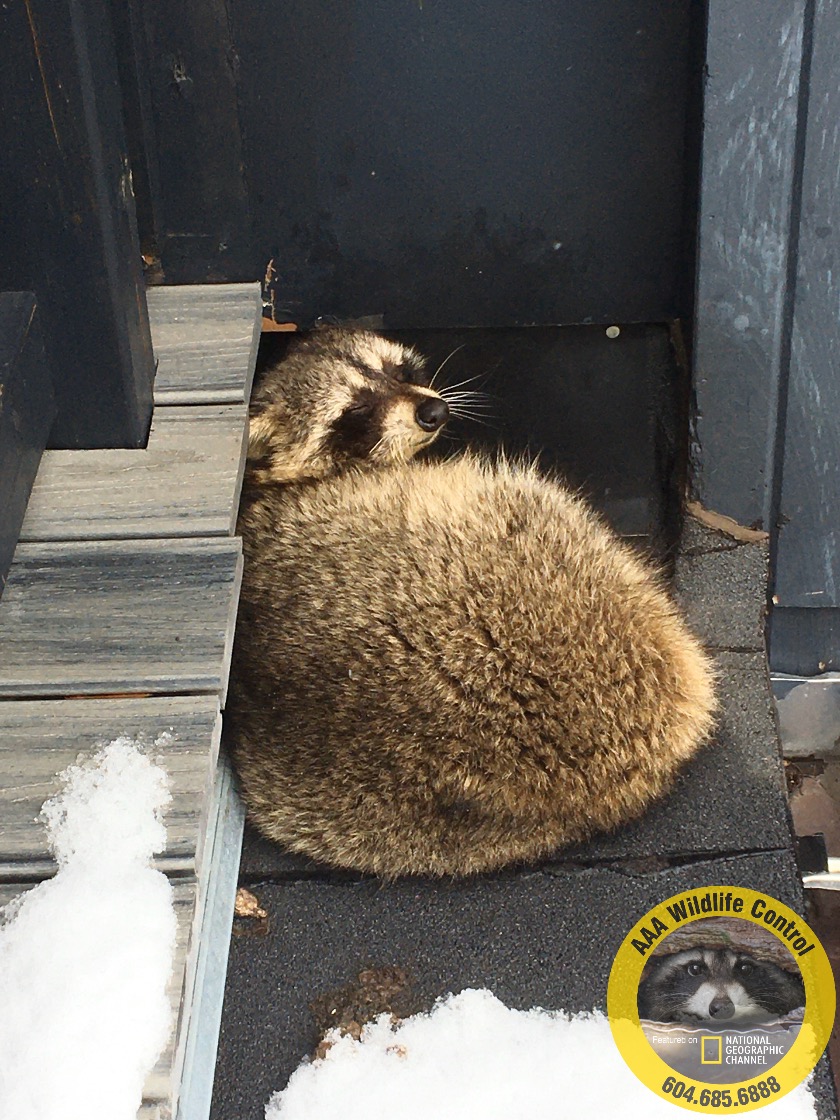 Wildlife never ceases to amaze me! During my 35 years in the wildlife industry I have come across a hand full of raccoons that had certain disabilities. I have seen a few three-legged raccoons, some with only one eye and even a completely blind mother raccoon with babies.

This raccoon was found on a porch last week. As our technician got closer to investigate, he noticed that this raccoon had only one eye! The raccoon did not appear to be injured in any other way, he was in great physical shape and had chosen to sleep in a safe location. This is something we see quite often at this time of year as male raccoons are constantly searching for females to mate with.

So how do these raccoons adapt so quickly with a disability and not only survive but also thrive?

When a raccoon looses a sense such as their sight or a portion of it, their animal instinct kicks in and they immediately know what to do. They start relying on their other senses to survive. For example, raccoons have very sensitive hands with long fingers, toes and nails. Only humans and other primates have similar numbers of receptor cells found in their hands. Suzanne MacDonald from York University stated “they can get an image of what an object is without even looking at it, so the raccoons actually see with their hands.”

I researched and found a National Geographic article on the topic. The article stated, “It turns out that quadrupeds, the scientific term for four-legged animals, are far more resilient than humans when it comes to losing a limb. In some cases, the lack of a leg amounts to little more than a mild inconvenience. Why? Because animals have a variety of coping mechanisms that allow them to thrive on three legs” (Annie Roth, 2018).

When a quadruped loses a leg, the animal can keep its balance by taking a tripod stance and still distribute their weight evenly. Animals will bounce back surprisingly quickly, especially when compared to the recovery time a human would take from loosing a limb.

Raccoons are great problem solvers that adapt easily to new environments and objectives. A change to their physical being such as loosing a limb or loosing their sight, may not be as big of a challenge to a raccoon as we may think.