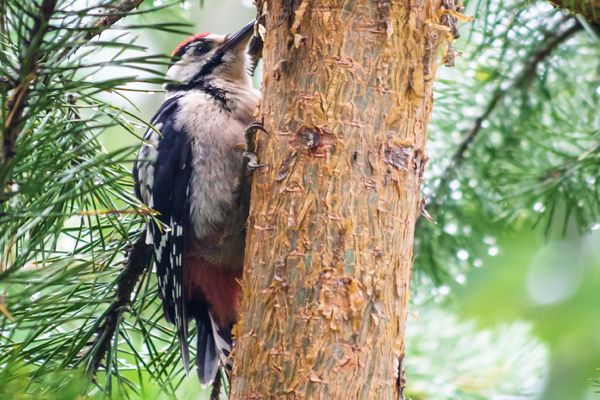 Bird Facts
Find out more about birds, including where they live and when they have babies.
Humanely Remove Birds
Have a bird problem? Find out how we remove birds from homes and businesses.
Bird Problems
Common bird problems and warning signs to look out for.
Bird FAQs
Common questions about birds and their removal.

You won't be singing any familiar, cartoon-themed songs when a woodpecker pecking away outside your bedroom window wakes you up at five in the morning. Though not much of a health risk and not as destructive as other aviary pests, the woodpecker's incessant pecking can be enough to drive some people crazy. The following are some more woodpecker facts for Vancouver homeowners:

Woodpeckers tend to stick to forested areas and are not nearly as common in urban environments as starlings and pigeons. However, they are found in some urban areas, especially those with numerous trees and other materials they can procure food from, such as grassy lawns.

Each year, woodpeckers lay between two to three sets of eggs, consisting of three to six eggs apiece, hatching in 11 to 14 days. Birds breed in the spring and both sexes tend to their young.